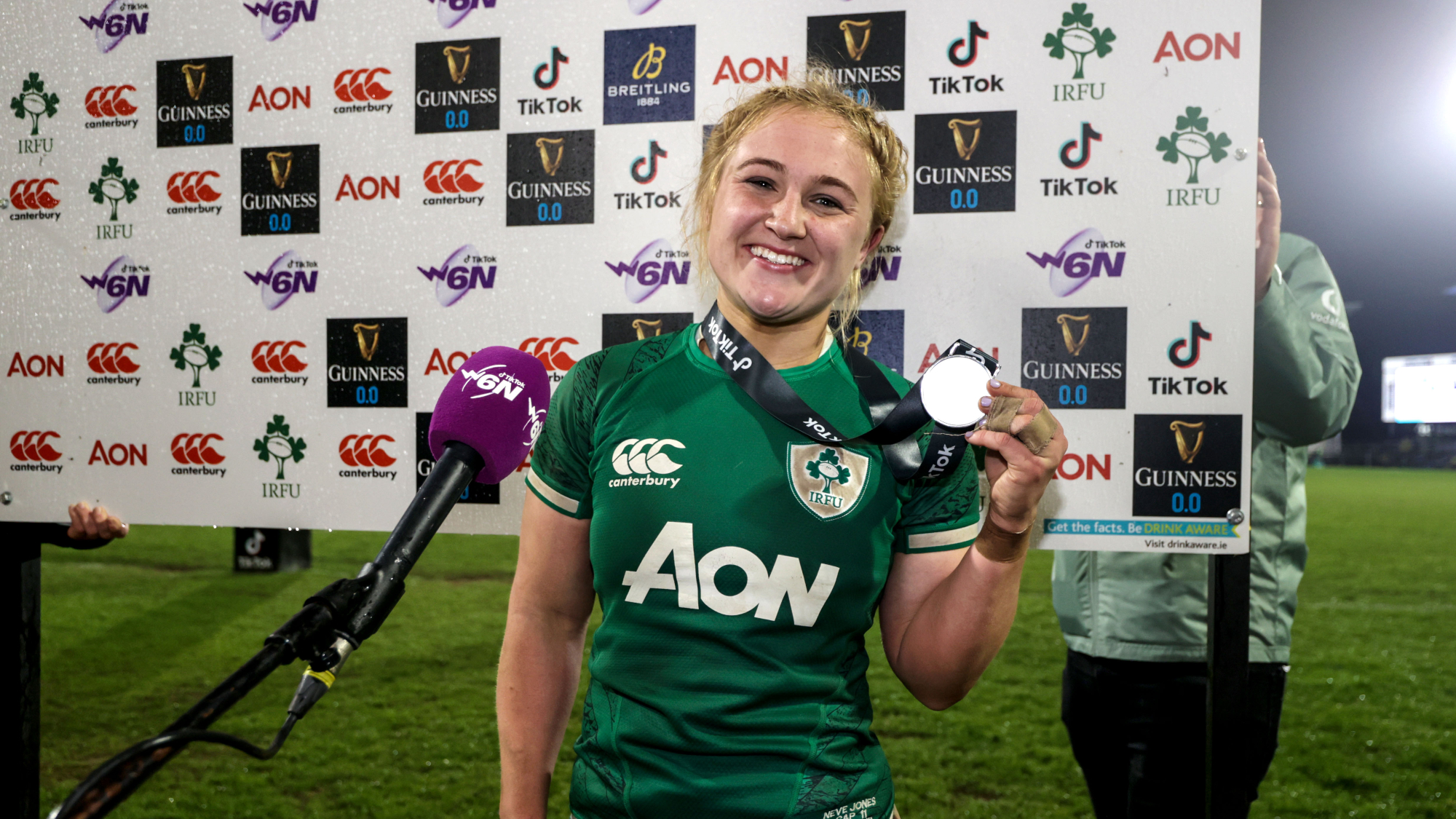 The hooker put in a superb display for the hosts on Saturday night and capped her performance with a crucial try just before half-time which put her side top of the scoreboard for the first time.

But Scotland fought back after the break, thanks to Helen Nelson’s boot kicking three perfect penalties.

However, it was Ireland who won the match at the end of the day thanks to a try from Enya Breen which they then converted to bring the score to 15-14.

And Jones said that despite trailing for the majority of the game, she never stopped believing her side would get a second championship win.

“We never felt like it left us, absolutely not,” she said after receiving her award.

“It’s a rugby game, it’s 80 minutes long and you know every team is going to do their best to try and get the ball back and get penalties.

“But we held on until the 84th minute and it paid off.

“I’ve said it before, I’m always proud to put on the jersey.

“This group of girls and the performance they put in, especially in the last ten minutes, you can’t put it into words and I’m sure we’ll all feel a bit emotional after the game.

“We get to see all of our friends and family and let’s be honest, what better way to celebrate than here in Belfast.”

Read our match report as hosts Ireland claim victory in Belfast.#Like a

If Ireland hadn’t scored they would have finished sixth in the Championship, but the late win ensures they finish fourth after also beating Italy in the third leg.

And Jones said Ireland’s performance over the five games showed his team’s fighting spirit.
She added: “It’s not a bad campaign (for us), we are proud to wear the green shirt and we will always give our best.

“Whenever we have to go on the pitch, we support each other and we will do it from the first whistle to the last.”