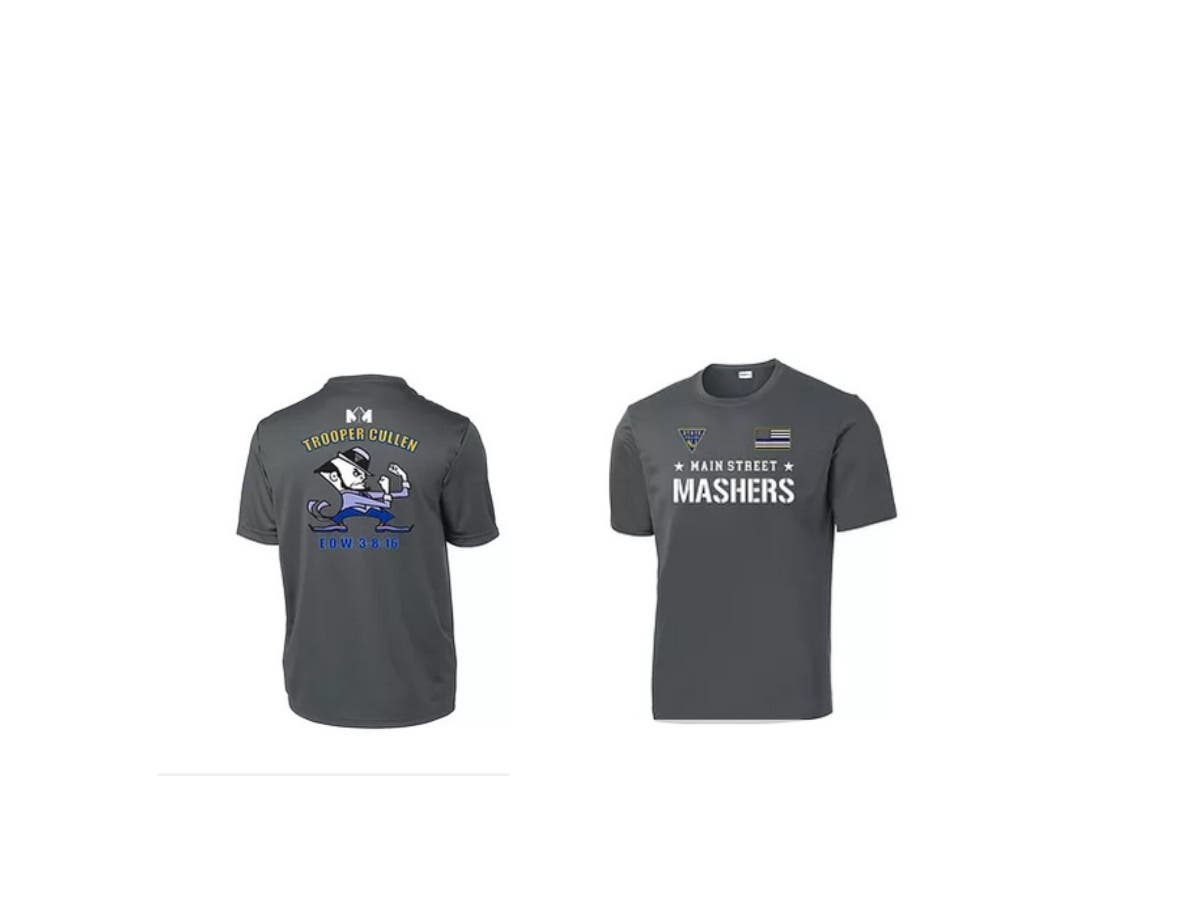 Each t-shirt costs $30, Frank DeFalco, owner of The Tournament Clothing Company — the company that made the t-shirts — told Patch. Five dollars from the sale of each t-shirt goes to the Private Sean Cullen Memorial Fund, DeFalco added.

So a total of $4,470 was raised through the sale of the t-shirts and of that total, $745 will go to the fund, which provides scholarships to students, according to the fund. Charity Browser Page.

The sale of the t-shirts reopens Tuesday morning and will continue for 2 weeks after that, DeFalco said. Any t-shirts ordered during this time will not arrive until after this weekend’s baseball tournament that includes Teti’s team, DeFalco added.

T-shirts can be purchased by visiting The Tournament Clothing Company website or by clicking here.

The t-shirts were the brainchild of Corporal Frank Teti of the West Deptford Township Police Department, who was at the scene when Cullen was killed following a 2016 car crash along Interstate 295 Cullen, who was living in Cinnaminson at the time of his death, was 31.

Teti also coaches a 9U baseball team, the Main Street Mashers. The team and its coaches will wear the t-shirts during the Thin Blue Line tournament which takes place from Friday to Sunday in Franklinville.

Jersey City will host the marathon in 2023