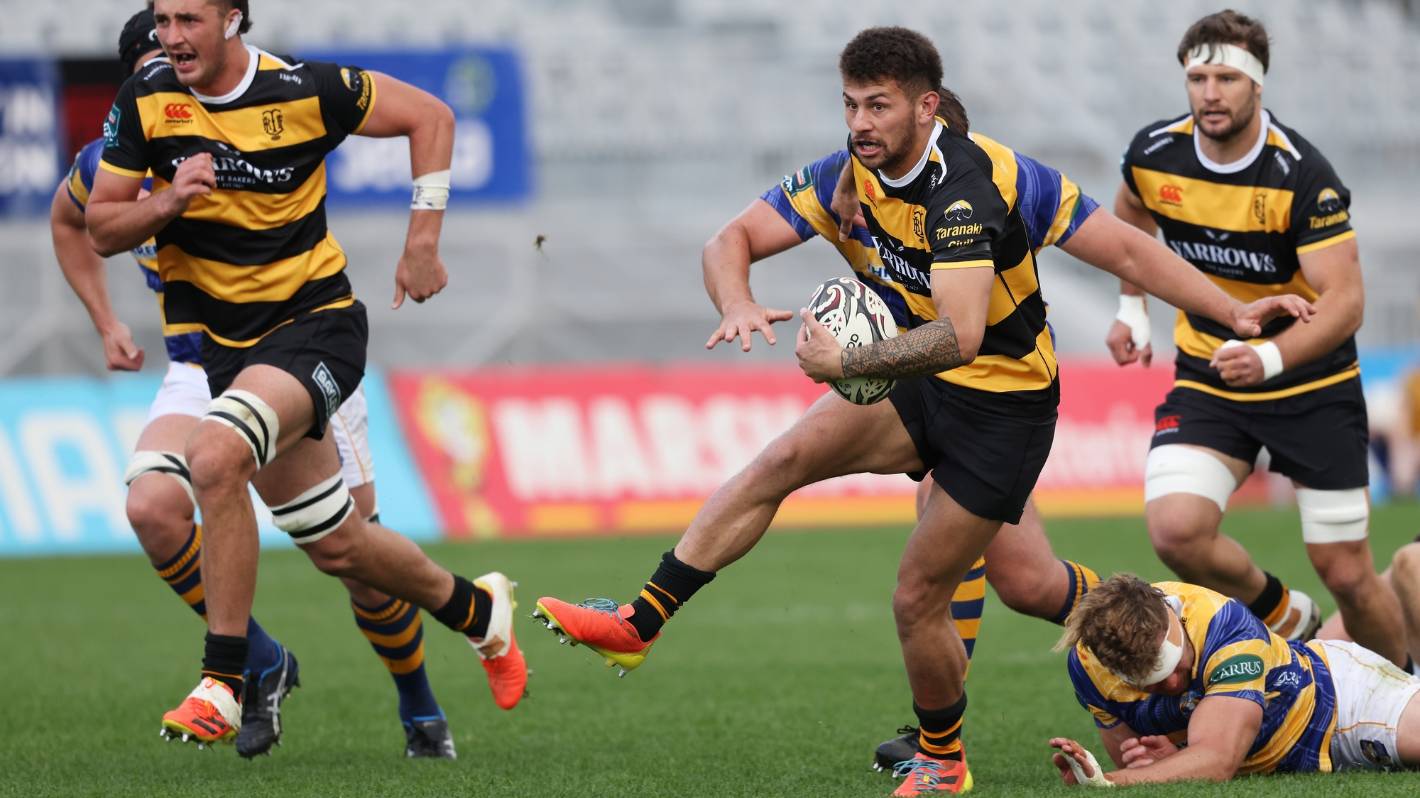 There is a nice contrast in the coaching booths in Taranaki and Waikato as the leader-aligned provinces sit atop their respective NPC ladders after round four.

Taranaki is led by crafty veteran Neil Barnes, while Ross Filipo is only just beginning his coaching career.

The 42-year-old former Crusaders and Chiefs lock made an immediate impact in Hamilton, where his young team are playing with a lot of energy and confidence.

After beating Tasman on Friday, the Mooloos have now won three of their four games this season, and a refereeing error in the loss to Canterbury has likely robbed them of a 100% record.

Waikato had a mountain of tackles against the Makos and was clinical when opportunities presented themselves.

Among Filipo’s promising youngsters are Gideon Wrampling and Cortez Ratima, although 25-year-old flanker Mitch Jacobson set the standard with his pace of work on Friday.

Yet arguably the most impressive AFN team at the moment is Taranaki, who flourished after appointing Barnes as head coach this year.

Taranaki was excellent beating Bay of Plenty 55-28 in Tauranga on Sunday, although the Steamers may be the big underachievers this year.

The very experienced Barnes immediately made his mark, creating a team that has won all four games so far on the back of a field that works hard and tackles wide breakers.

Wingers Jacob Ratumaitavuki-Kneepkens and Kini Naholo were major threats on Sunday, never far from the action, while the return of captain Teihorangi Walden in the No.12 shirt after a serious injury last year gave the line of bottom much more plumb.

The undefeated Bulls are on a roll and Naholo looks every inch of a Super Rugby player, with Highlanders head coach Tony Brown among his admirers.

Former Tasman chief executive Tony Lewis, now in charge of the Western Force, believes he landed “New Zealand’s best young coach” by luring Ozich to Perth for 2022 and beyond.

Hawke’s Bay’s first win over Wellington in the capital since 1977 will bolster Ozich’s credentials, Chiefs winger Jonah Lowe being exceptional as the Magpies established a practical first-half lead in Wellington on Sunday.

Despite the absence of Folau Fakatava due to injury, the Magpies are doing very well in the top flight, and half Ereatara Enari is proving to be an excellent rookie.

Arguably there isn’t a team that clearly stands out in the Premiership this year, but Hawke’s Bay deserves to be watched.

Canterbury is also reasonably well paced after a tough win over Southland, but they’ll be desperate to keep veteran Luke Romano healthy.

The former All Black is a perfect example of what older players can offer at the NPC level, and his physique is often at the heart of the Canterbury Pack’s best work.

Speaking of experience, Aaron Smith was of great value to Manawatū in his victory over struggling Northland.

Smith’s experience and knowledge of the game stood out, but the Turbos also unearthed promising new talent in the last row.

TK Howden, Shamus Hurley-Langton and Brayden Iose form a nice unit, with the big number 6 Howden surely in line to join Iose in the Super Rugby ranks as soon as possible.

IN THE BLINK OF AN EYE