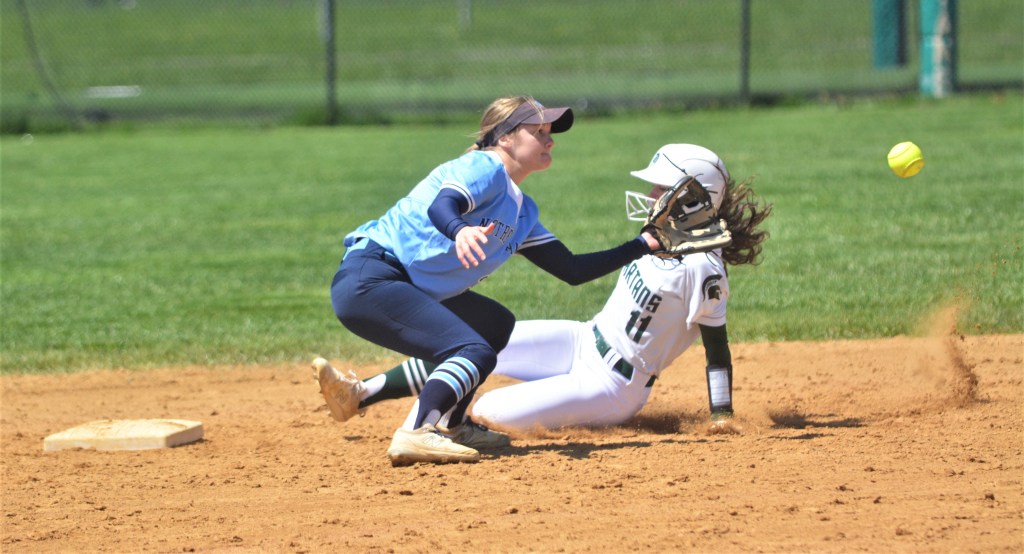 LAWRENCE TWP. – You can now officially elevate Notre Dame from an outstanding young team to membership in the top echelon of New Jersey softball.

Taking over Mt. St. Dominic State on Saturday, Notre Dame staged an incredible rally with five points in the bottom of the seventh to earn a dramatic 7-6 victory over the North Jersey club.

The fact that Notre Dame (14-2) was able to win this match was not a big surprise. The real revelation was how he was able to come back against a team of this caliber.

“It’s a significant victory, especially for a team as young as us,” acknowledged Notre Dame coach Marty Schafer. â€œI mean, what are they ranked, third in the state? A lot of people assumed we were a year or two away because of how young we were.

It was an exceptional game with three distinct parts.

In the first five innings, Notre Dame took a 2-0 lead as sophomore Rylee Michalak was utterly brilliant in the circle and she gave her team the lead in the fourth with a tough RBI double. ND also scored in the fifth on an RBI single from Cara Mazzuco.

Everything looked good for the home team at the time, but suddenly everything fell apart as MSD (13-3) took the lead in the sixth with three points and scored three more in the seventh.

The sixth started with a runner reaching receiver interference. From there, a run was scored on a defenders pick, Olivia Sasfai hit an RBI single and Gianna Stern tossed a long RBI double right. Gianna Stern is the second daughter of legendary MSD trainer Rob Stern.

The start of the seventh was really lousy for ND as he kept missing cuts and throwing to bad bases. Throw three hits, including singles from Olivia Bibbo and starting pitcher Sophia Kiseloski, and it all added up to a seemingly insurmountable 6-2 lead.

“It wasn’t one of our best defensive efforts,” Schafer said. “Our inexperienced showed sometimes.”

What also ended up being displayed was a refusal to quit attitude, and the result was one of the most notable comebacks in Notre Dame softball annals.

The bottom of the seventh started with Alyana Giampolo hitting her second double of the game on a ball to left field. Leading batter Helen Woloshyn followed with a bunt single, then Ella McColgan really put Notre Dame in business with a slap single.

It was there that MSD called reliever Grace Perez into the game and she temporarily slowed the Irish down with one strikeout. Perez, however, then hit Emma Marchese with a pitch to charge the bases.

Up stepped up Christa Andrusiewicz, who lined up a two-run single to make it 6-5. Isabella Antosiewicz then tied the game with a single and, along with Andrusiewicz, was able to come up one base on a pitching error.

MSD responded by intentionally walking Michalak (10 strikeouts) to load the bases, then nearly came out of the inning with a second strikeout. Instead, Giampolo then took a 3-1 shot for a goal-laden winning walk.

“She (Perez) was throwing a countermarch and I knew I had to do without it,” Giampolo said. â€œI was in a slump, but as long as we keep our energy up, we can pick ourselves up. I think we really bond as a team.

A team that now owns a victory over one of the true heavyweights in the state.

“These are the types of games you want to play to prepare for (for county tournaments and states),” Stern said of the first meeting between these teams in at least 15 years. â€œGive credit to Notre-Dame. They hit the ball in the last inning. We tried two different launchers, but couldn’t stop them. They get all the credit.