President Joseph E. Nyre, Ph.D., has been named to the NJBIZ Education Power 50 List 2021 by NJBIZ, one of New Jersey’s leading trade publications.

Through his student-centered leadership, Nyre successfully guided Seton Hall while advancing a vision to elevate him among the nation’s foremost Catholic universities. By emphasizing accomplished planning – informed by a firm commitment to shared governance – it brings Seton Hall’s focus to “what great minds can do” to life.

In making the announcement, NJBIZ staff wrote: “Much of Nyre’s tenure as 21st President of Seton Hall University has been spent in the throes of the COVID-19 pandemic. seaside to announce its plans for fall 2020, when so much was still pending. “

They continued, “Planning is one of Nyre’s strengths: since the end of 2020, he has finalized and launched a multi-year master plan for Seton Hall and initiated a main campus planning process to physically transform the university. over the next 15 years in a way that supports learning, student life and research. Additionally, he planned and implemented the silent and public phases of the university’s first comprehensive fundraising campaign in over a decade, and funding has grown over 100% year on year. . “ 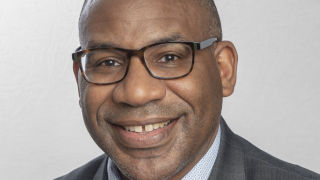 Professor Reginald Lewis, Executive Director of the Robert K. Greenleaf Center for Servant Leadership and Assistant Professor at Core University, was also recognized for his long-standing contribution to the education and development of our youth.

Describing his previous role as executive director of the Newark City of Learning Collaborative, NJBIZ wrote: “Enter figures like Reginald Lewis who have been closely involved in efforts to spur higher education efforts in Newark. Among his latest contributions as Executive Director of the Greenleaf Center, they shared, “There he advanced the mission of the center” to advance the awareness, understanding and practice of service leadership by individuals and organizations. organizations. “”

NJBIZ produces leading coverage of New Jersey business news, a weekly newspaper, daily online reports and newsletters on major trade titles, as well as dedicated coverage of the legislative action of government and its impact on business. Founded in 1987, NJBIZ also brings people together for its monthly roundtables, featuring experts in their fields, and honors the accomplishments of New Jersey businesses and their leaders. NJBIZ is part of BridgeTower Media.