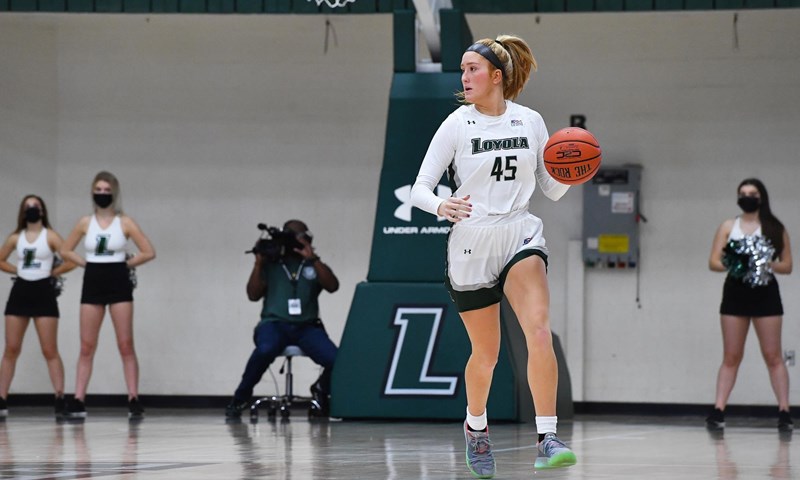 BALTIMORE — Postseason awards keep pouring in for Loyola University of Maryland’s freshman year of women’s basketball Lex Therien after being named ECAC Rookie of the Year today by the regional body.


The ECAC encompasses all schools in the America East, Big East, Colonial, Mid-American, Metro Atlantic Athletic, Northeast, Patriot League, Ivy League, and Atlantic-10 conferences, as well as some schools in other conferences such as the Big Ten , Atlantic Coast and more.


Last month, Therien was named Patriot League Rookie of the Year while earning a spot on the All-Patriot League Second Team after leading the conference in rebounds per game (10.9) and finishing ninth in points per game. game (12.6).


She was one of two freshmen nationwide to average a double-double, joining DePaul’s Aneesah Morrow. The two freshmen were two of 34 players nationally to post those averages in 2021-22.


She finished the year with 14 double-doubles, including 12 against Patriot League teams during the regular season. The Marlton, New Jersey native averaged 13.9 points and 11.8 rebounds per game in conference play.


Therien put together one of the best rebounding years by a Loyola player in program history. She had 306 boards this season, good for second place in school single-season history and behind only Stephanie Karcz’s 317 in the 2017-18 season. Therien’s 10.9 rebounds per game set a school record over Karcz’s 10.6 during the aforementioned season.


She earned Patriot League Rookie of the Week honors six times in 2021-22, largely thanks to her penchant for double-doubles. She had six or more rebounds in all but one of the Greyhounds’ 28 games, and she had 10 or more in 20 games, and she scored 10 or more in an equal number of games.