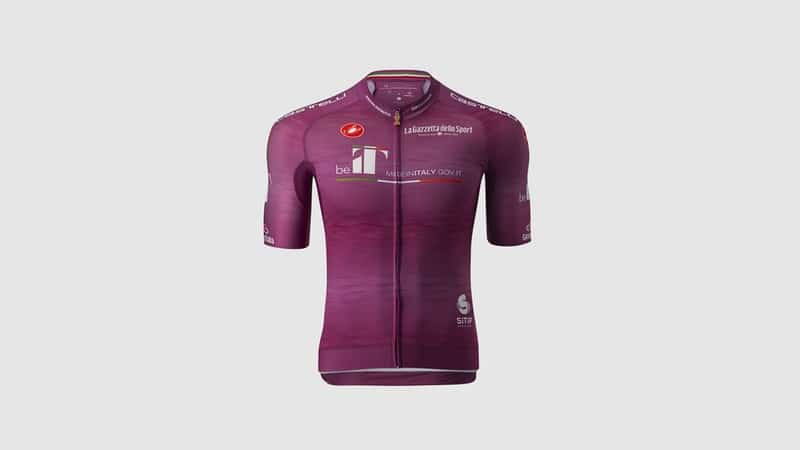 Exporting ‘Made in Italy’ to the world has always been one of the goals of the Giro d’Italia. This year, the Maglia Ciclamino (points jersey) will be a partner of the Italian Ministry of Foreign Affairs and the ICE agency and its “be.IT” brand.

This year, the Maglia Ciclamino will seek to promote Italy to the world. The jersey is produced with SITIP garments and designed by Castelli.

Carlo Ferro, President of the ICE agency, said: “The ICE agency is proud to sponsor the Maglia Ciclamino to increase awareness of the production districts, covered by the Giro, which make Made in Italy famous around the world. by combining territory, culture and product .

“For each stage we will talk about two industrial districts between tradition and innovation, agriculture, crafts and industry. The t-shirt will feature the logo of our national brand campaign, be.IT.

“With be.IT and its communication hub ‘MadeinItaly.gov.it’, we promote worldwide – also through major sporting events such as the Giro d’Italia – the identity and excellence of Made in Italy.”

“It is one of the most iconic cycling jerseys, recognized worldwide. Exporting Made in Italy is one of Corsa Rosa’s objectives and we could not have had a more effective partner than ICE – which promotes Italian companies abroad.

“The television images – this year produced directly by us and the media coverage in 200 countries on five continents – will be fundamental for the visibility of all our partners as well as of course for a race that promises to be very open and uncertain until the last day.”