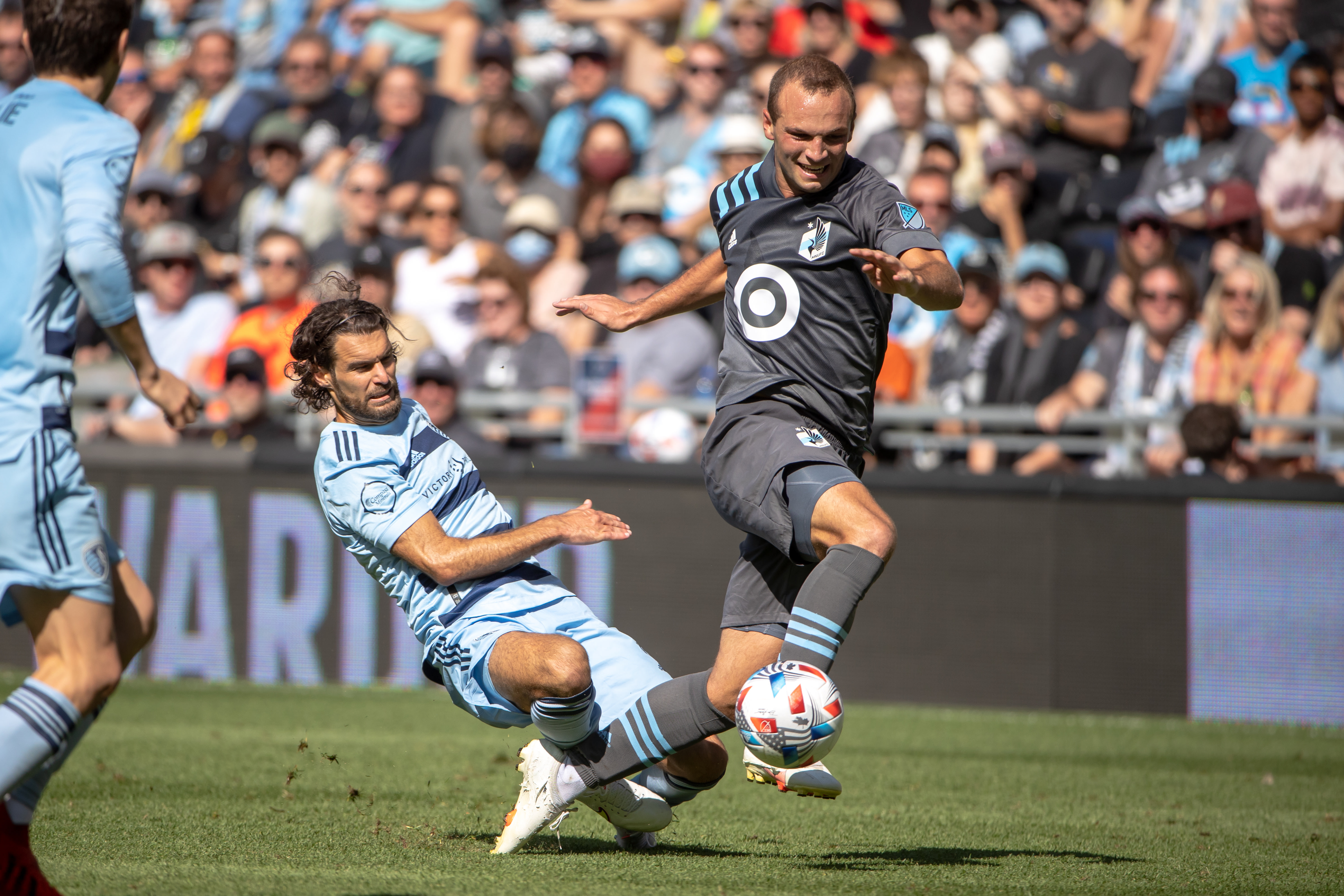 · Minnesota United’s last game was a 1-0 loss to the Seattle Sounders at Lumen Field.

· While Seattle’s João Paolo leads the Sounders with eight assists, he has only scored two goals this year, both against the MNUFC. The first opened the scoring in the first game of the season and the second was the winner of the most recent match.

· Following the yellow cards for Osvaldo Alonso and Chase Gasper in this game, no player will be available for selection against Sporting Kansas City due to the accumulation of yellow cards.

In the all-time regular season series between the MNUFC and Sporting KC, the Loons have never taken a point at Children’s Mercy Park and have only scored one goal. That lone goal was scored by defenseman Tyrone Mears – his only goal for the MNUFC.

In the playoffs, Minnesota and SKC played one game, a 3-0 win for the MNUFC at Children’s Mercy Park on December 3, 2020.

· In the all-time series, eight of the 27 goals in total – almost a third – have been scored in the last 15 minutes of games.

· Kansas City’s Andreu Fontas is tied for third in MLS in minutes at 2070. Luis Martins is right behind him at 2067.

· Dániel Sallói is tied for third in the Golden Boot race with 12 goals this year.

· Sallói is also tied for second with five game-winning goals. Robin Lod of Minnesota is third with four so far.

As a team, Sporting Kansas City have the second most goals in MLS at 39.

SKC only follows the New England Revolution in multi-goal games with 12.

· Minnesota United have the lowest penalty-shootout percentage in the league, with just 27.6% of their effort to find the target. SKC is ninth with 35.8%.

Sporting KC lead the league in corners with 153.

Emanuel Reynoso is fourth for corners with 89.

· Tyler Miller is second in goals against average, allowing just 0.83 goals per game and posting seven shutouts, good for fourth in the league.

Franco Fragapane and José Mauri were both members of Talleres in Argentina from 2019 to 2021 before joining MLS.

· Although they did not overlap, defender Nicolas Isimat-Marin and striker Adrien Hunou both went through the famous Clairefontaine academy and the Rennes youth system.

· Peter Vermes and Manny Lagos were teammates on the MetroStars New York / New Jersey for the inaugural MLS season in 1996. Lagos played the 1997 season on the MetroStars with current Sporting KC assistant coach Kerry Zavagnin.

Graham Smith and Hassani Dotson both played for the State of Oregon in 2015.