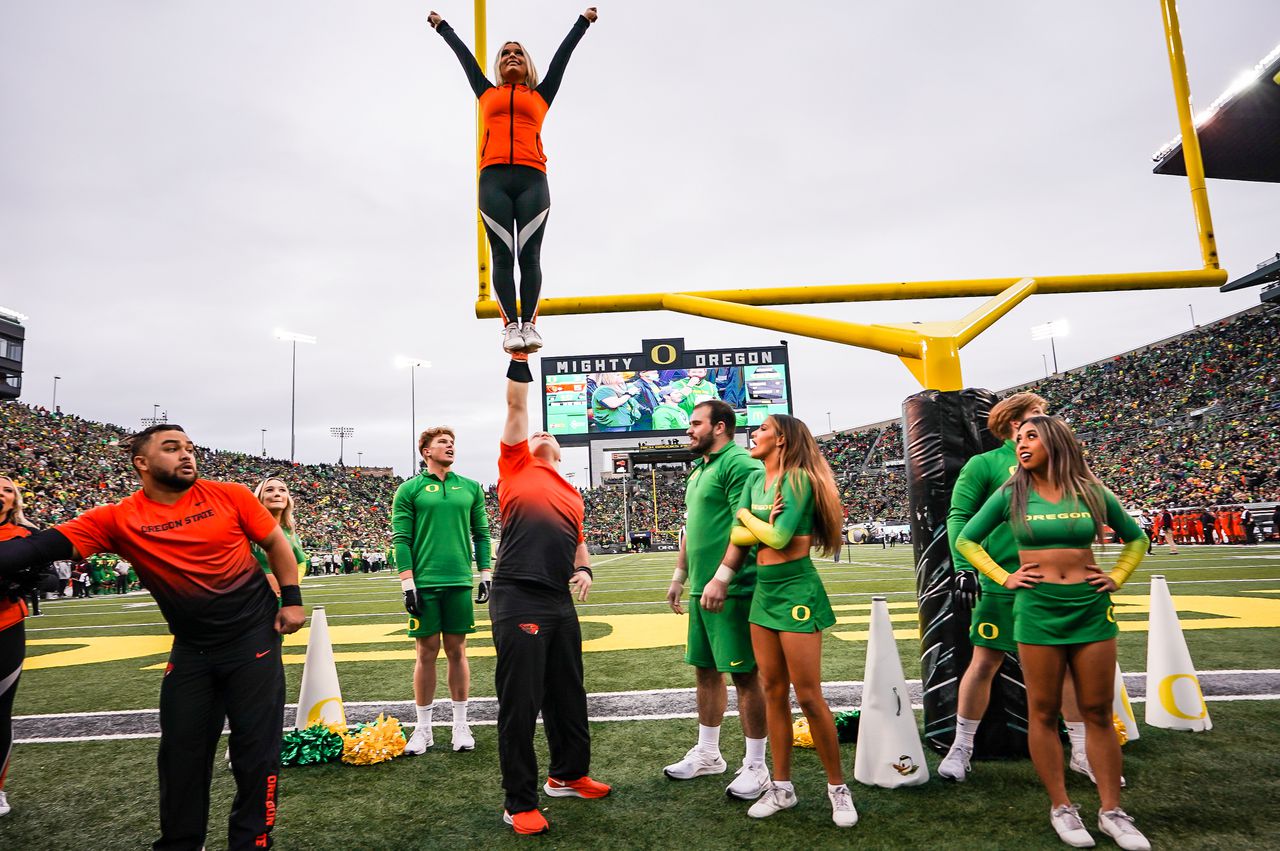 It turns out that Oregon lawmakers are tuned into our state’s sports scene. I just hope they follow through and that a few bills they are currently drafting will be made into law in the next legislative session.

State Senator Peter Courtney called me Friday morning. It was a very entertaining and windy call. Anyone who has ever interacted with the 78-year-old Senate Speaker knows he could read the phone book and make it entertaining. But it was what he shared that caught my attention.

Here are the details:

♦ Lawmakers are proposing a bill that would allow student-athletes to collect royalties when a merchandiser (i.e. Nike, Adidas, etc.) makes a varsity jersey with their number on it. This would include royalties for video game makers who use their likeness and would extend to trading card companies. Essentially, it bolsters current name-image likeness legislation and puts Oregon at the forefront of opportunists in an ever-changing college landscape.

The bill mirrors law in Pennsylvania and would give athletes from those two states more flexibility and opportunity than college athletes from other states. Courtney cited former Oregon Ducks star Sabrina Ionescu as an example. The Nike-issued jersey with her number was a huge hit while she was at university and under this legislation Ionescu could have received a stack of royalties while playing.

The proposed bill would also open up opportunities for other students on campus. It would allow student-athletes to receive financial, legal and accounting assistance from students on campus. You would essentially open the door for student-athletes to work closely with other non-athlete students who are learning skills in business disciplines. These students would be paid by the university for their “consulting” work. Under previous law, this type of relationship would be considered an “agent” relationship and would threaten NCAA eligibility.

♦ Senator Courtney has confirmed that his office is also drafting legislation that would pave the way for bettors in our state to gamble on college sports events. Previous legislation prohibited it, but nationwide attitudes have changed and the Supreme Court legalized nationwide sports betting a few years ago.

The NCAA used to frown upon states that allowed sports betting and avoided holding championships in those places. But this position has changed dramatically over the past five years. What remains, however, is outdated legislation in Oregon that prohibits gambling at college events.

I wrote a column on the subject this week. Courtney is not a big player, but I think he recognizes that our state operates under outdated laws on the subject. Additionally, LSU and Michigan State recently signed seven-figure sponsorship deals with sports betting operators. There’s a pile of untapped revenue as the Oregon Lottery hands over the operations of its sports betting operation to DraftKings effective Jan. 18.

Who knows if lawmakers will pass and pass both bills, but I like that sports are a priority right now. Oregon and Oregon State in particular are in a race against other universities for competitive advantages in the new world of Name-Image-Likeness.

The first bill is a home run that gives Oregon an advantage.

You can currently bet on NFL, MLB, NBA, football, cricket and go-kart races. But we’re the only state where legal sports betting exists that doesn’t allow you to bet on, say, the Alabama-Georgia National Championship football game. After income taxes, the lottery is our state’s second largest source of revenue. It feels like sports betting has a chance to add millions in revenue to a state in dire need of new funds. Adding college sports betting to the menu not only makes sense, but would allow the Ducks and Beavers to seek out those seven-figure deals like Michigan State and LSU.

The next legislative session begins Feb. 1 in Salem.